Published in November, 2021 in the category Piano Maestro 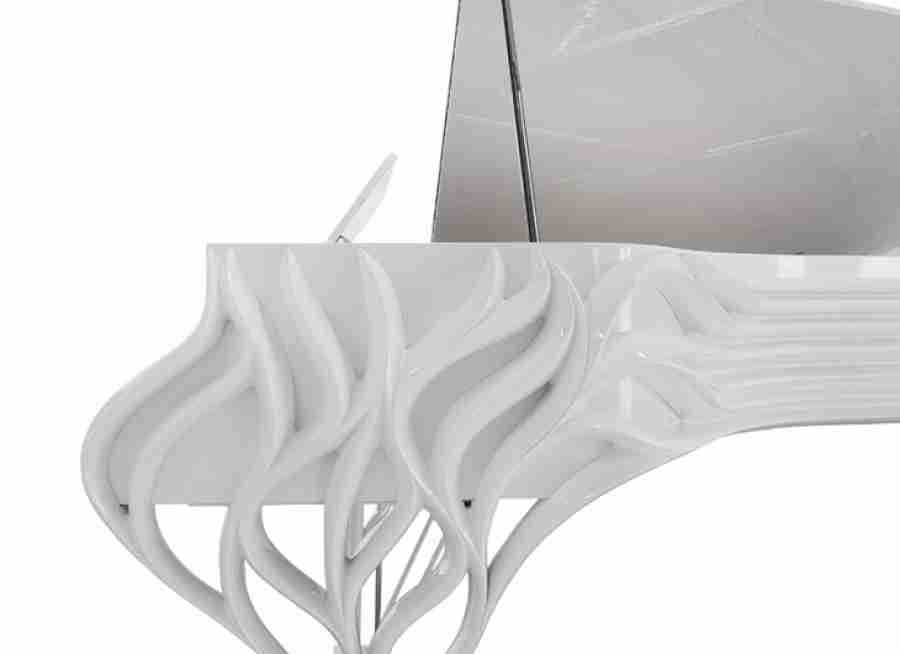 Any aesthetic variation to the Fazioli piano applys to the shape, the surface and the decoration of the instrument, according to the client’s specific request or original project.  Any modification of the casework does not compromise in any way the acoustic characteristics of the instrument.

Commissioned by the owners of the Fairmont Pacific Rim Hotel in Vancouver, the “Origami” piano was originally designed by a team of renowned architects (McFarlane / Green / Biggar). The white coloured instrument distinguishes itself thanks to the elaborate tri-dimensional incision, made of walnut wood, located on the internal side of the lid.

Inlays of natural and coloured wood, mother-of-pearl and semi-precious stones can give birth to complex designs, beadings and arabesques. To embellish this model, the chosen stone is Malachite, while the wood is walnut. 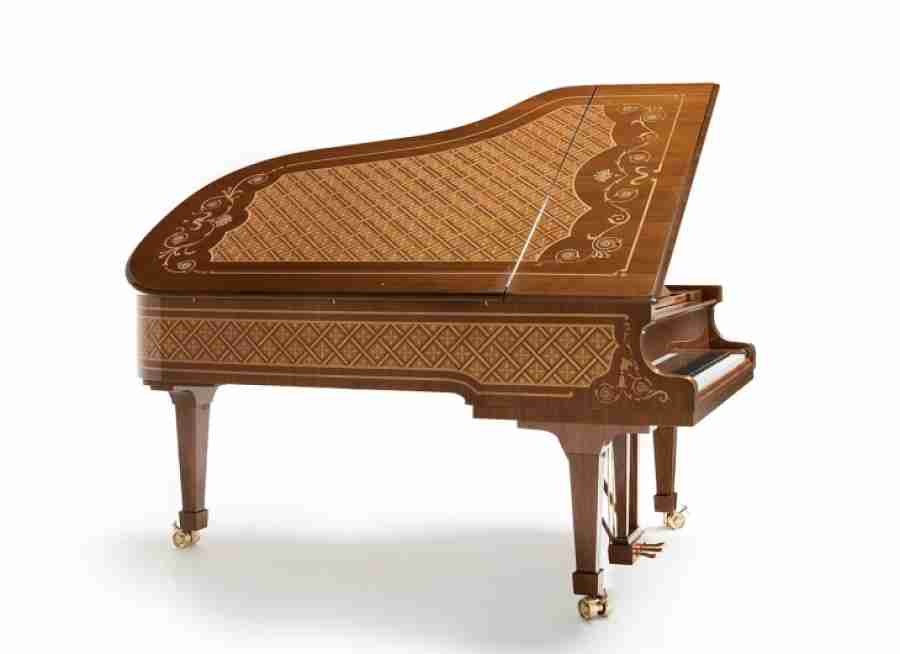 The instrument is part of the Vancouver House lobby, and sits among other object that appear to float as pieces of art in space. The piano has a finished of blackened steel, a material choice that was made intentionally in order to create maximum visual contrast against the raw concrete walls and white terrazzo floor.

This one-of-a-kind piano was designed by Gregory Henriquez, architect for Telus Garden, located in the heart of downtown Vancouver, Canada. The architect drew inspiration from the design of the office building itself. Rather than opting for traditional black, a natural wood finish has been chosen, echoing the dramatic, sculptural glulam beams of the expansive plaza canopy. The legs supporting the piano mimic the distinctive V-shaped concrete structural supports that are an integral part of the tower’s design. And in a nod to the high-tech features of Telus Garden office, the inside panel of the lid is mirrored, providing viewers with a clear perspective of the piano’s inside. 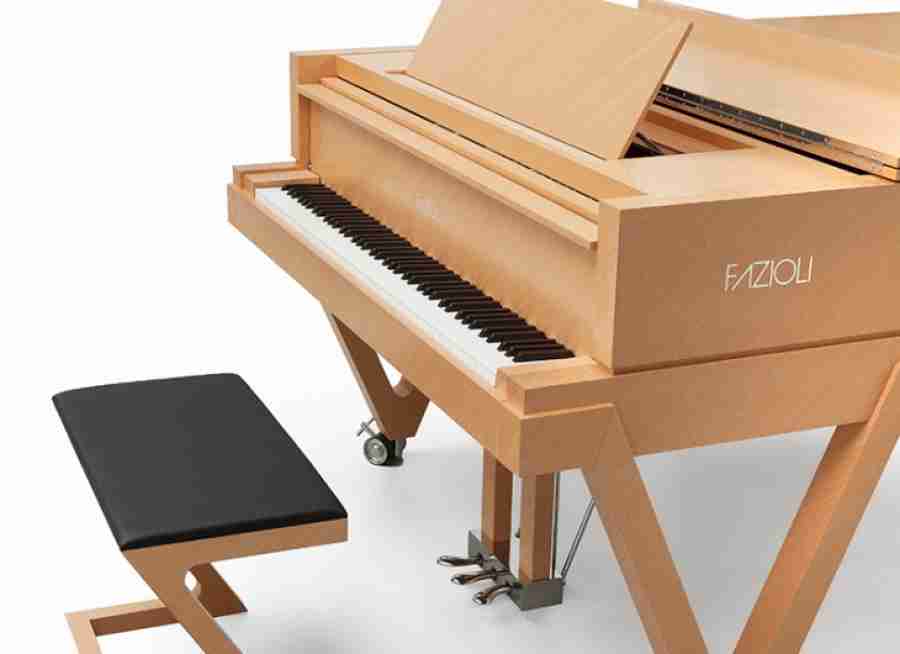 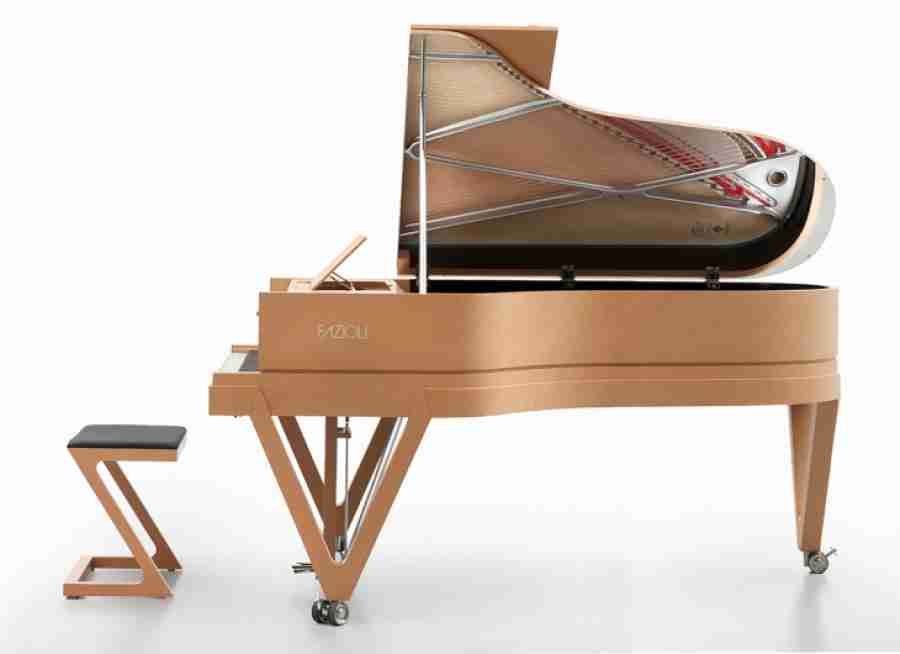 Revery Architecture Inc. and Fazioli have created a custom instrument designed to reflect Westbank’s latest architectural project in the heart of downtown Vancouver, The Butterfly. The architects sought to capture the same experiential qualities inherent in the design of this futuristic tower. The lightness of the legs and rails echoes the open garden breezeways, while its delicately sculpted geometry recalls the soft undulations of the tower’s skin, abstracted from the surrounding landscapes. 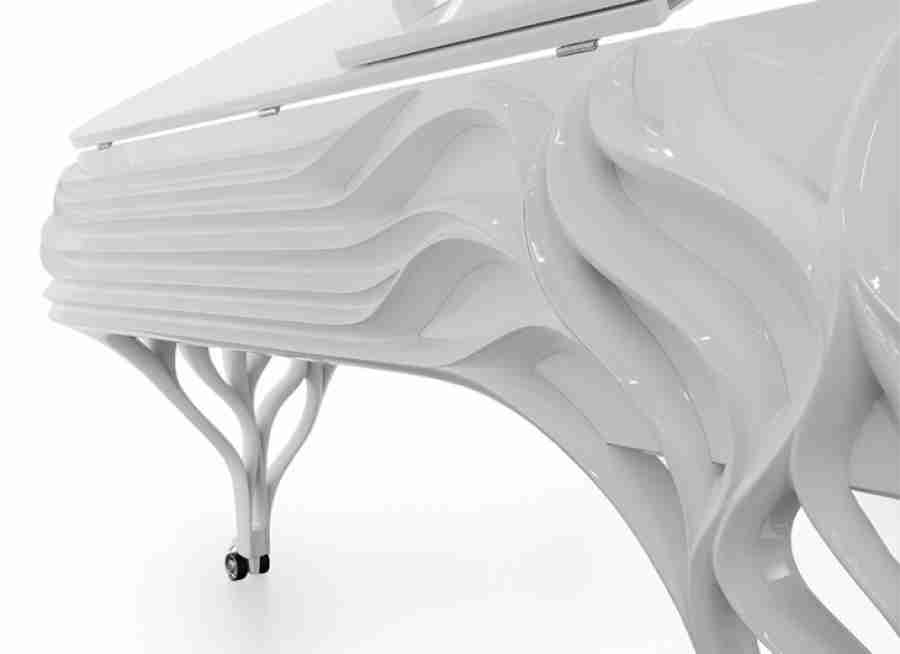 Since Alberni Street in Vancouver strives to create a new high-rise experience by introducing a soft and intimate idiom particular to Japanese space, the designer of this extraordinary grand piano thought of how the piano could evoke the same feelings. By layering sheets of hinoki wood - a spiritual material in Japan used for building temples - and by carving the piano in a similar manner as the tower, this instrument looks light, textured, and warm - its hallowed formations implying an almost geological, timeless character. 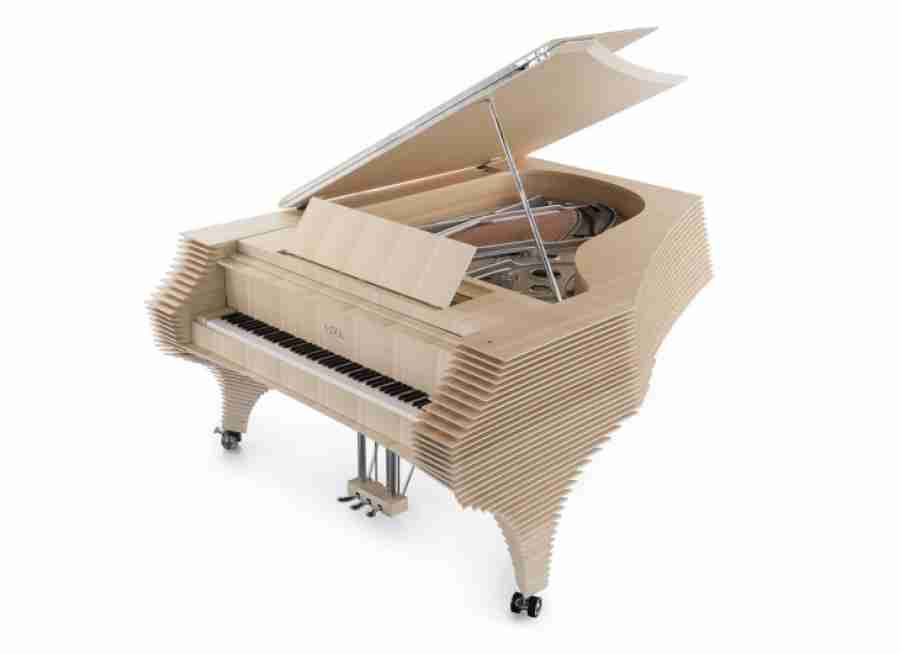 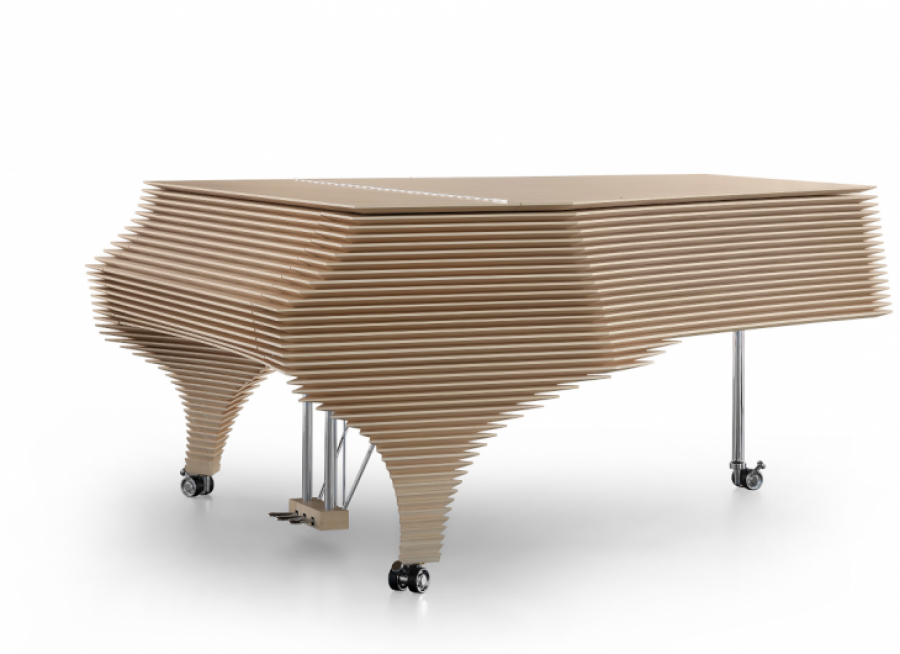 The music of shape and the design of sound are expressed in this model, designed by NYT Line and Philippe Gendre. Just as consonance and dissonance are organised in music, shapes and colours are combined in asymmetric designs, simultaneously generating a composite and organic unit, as in nature. Inspired by the sea, the shape of the side evokes the profile of a wave while the black-silver colour recalls that of a dolphin. The red of the soundboard and black of the cast iron frame filter through the transparency of the Plexiglas music stand. 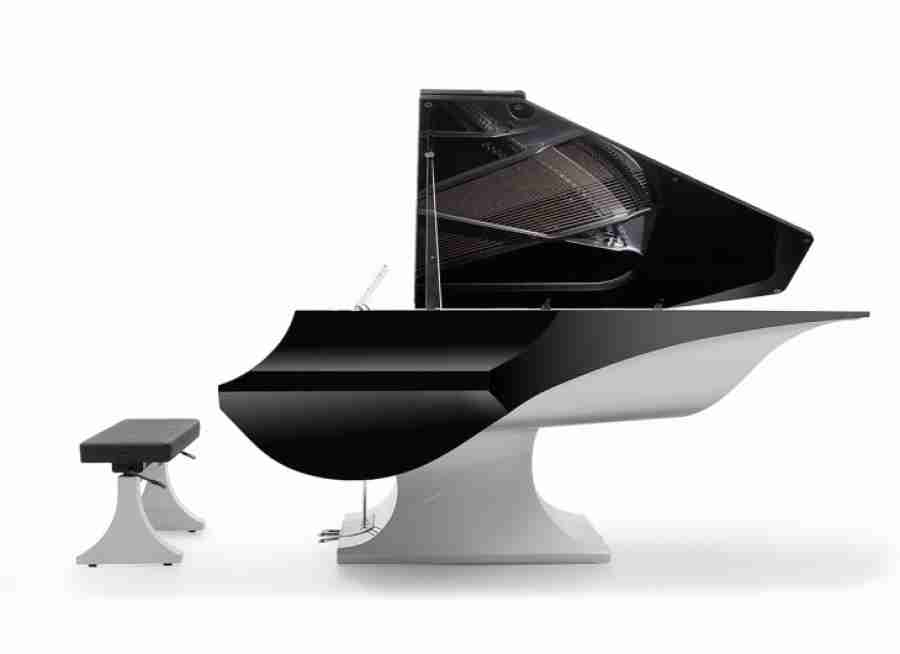 Articles in the same category: